In front of bison at Betla

In front of bison at Betla

The day dawned. We got out of bed at 5.30am for the safari at the Betla National Park, located in the Chotanagpur plateau of the Latehar district in Jharkhand. It was cold with temperature hovering around 14 degrees Celsius. The Park’s entrance gate was very near to Banvihar (a Jharkhand Tourism property) where we had checked in the previous day. Warmth of the guy at the ticket (Rs 1,200) counter touched us. We’re given a Commander jeep and a young and energetic driver. Going on a safari with an expert guide makes the experience mind-blowing and we’re fortunate enough to get a knowledgeable guide. 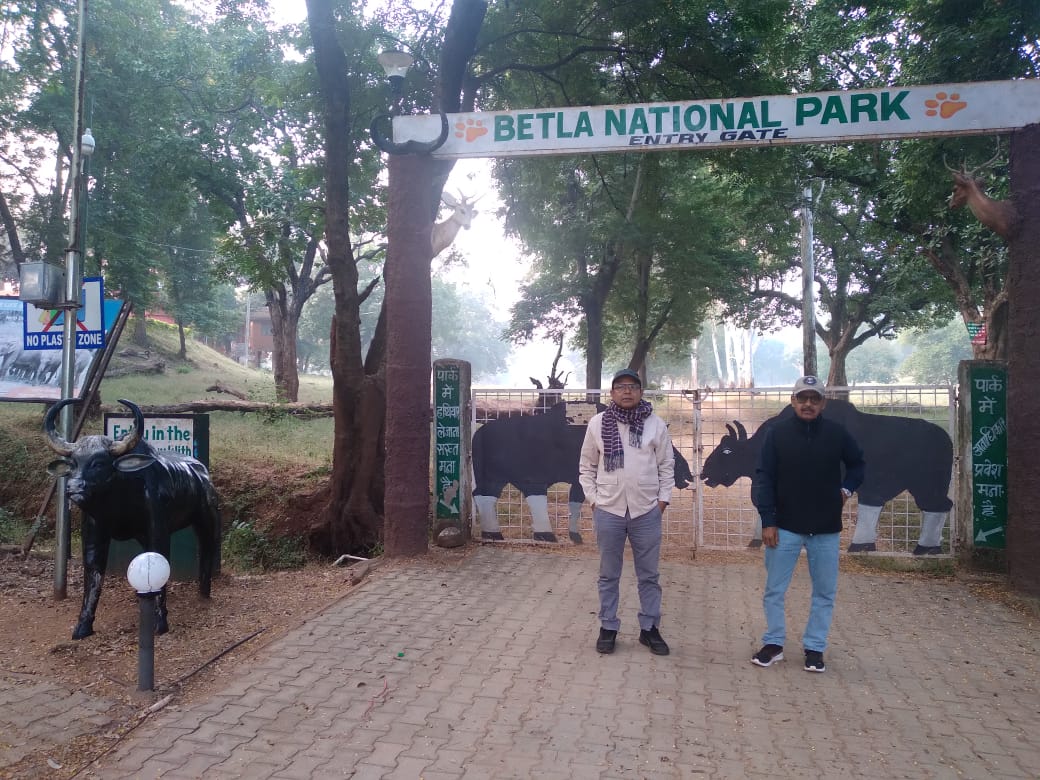 The author with cousin at the entrance of the Park

There were no other tourists in the jeep. The gate opened and the jeep made its way into the forest. With the rays of the early-morning sun caressing the trees, we were transported to another world. I could see tree leaves covered with dew drops. “Keep a close look at either side of the road,” said our guide. “If you’re lucky, you may spot bison, leopard or elephant.”

“Shhh,” the guide muttered. “Look at the bison.” We could see as many as four bison in the dense forest not far from us. One of them was feeding her baby. “Don’t get off the jeep,” the driver said. “I’ll be in trouble. There are several cameras kept hidden among the branches of the trees.” We snapped photos of the bison from the jeep.

The sun rose as a canopy of gold, bright amid the blue bidding the stars to take their nightly rest.  I was reminded of the lines: “The early morning is the dominion of birds, for they in bright feathered plume, are so very in love with the sunrise.” We’re captivated by the sweet chirp of birds as the jeep moved deep into the forest. Beatles’ Norwegian Wood crossed my mind.

We saw peacocks and a herd of deer frolicking in the forest. “If you visit the park in April or May, you can see leopards here,” the guide said. The safari was just for one hour. “If you’d like to spend more time in the forest, you’ve to come out of the forest and buy another ticket for one more hour,” the driver said.

The safari began at 6am and got over at 7am.

We bid adieu to bewitching Betla and headed for Ranchi on our way back to Kolkata. The trip was a true broadening of the horizon for me, an education for the mind and a rejuvenation of the soul.