As we (Amitava, Apurba, Suvendu and I) reached Muruguma, Purulia around 5pm after nine hours of drive from Naihati, our worries faded away as we got immersed in watching birds returning to their nests in green, luscious forest with the sun slowly disappearing on the horizon. Chrystal Woods’ “a sunset is the sun’s fiery kiss to the night,” crossed my mind.

My three friends are artists (Amitava from Kala Bhavan, Santiniketan, Apurba and Suvendu studied in Govt. Art College, Kolkata) and it was primarily their decision to visit Muruguma. In Satyajit Ray’s Aranyer Din Ratri (1969), the four friends “had specific reasons for their journey: Asim wanted to try out his new car and wanted to be irresponsible in the company of his friends. Sanjoy needed relaxation from the cares of his work. Hari wanted to forget about the girl who had ditched him. Shekhar’s friends wanted him for the tonic effects of his company.”

However, we had just one reason: to get out of the unbearable humidity and cacophony of the city to breathe fresh air and savor the wonders of Nature. 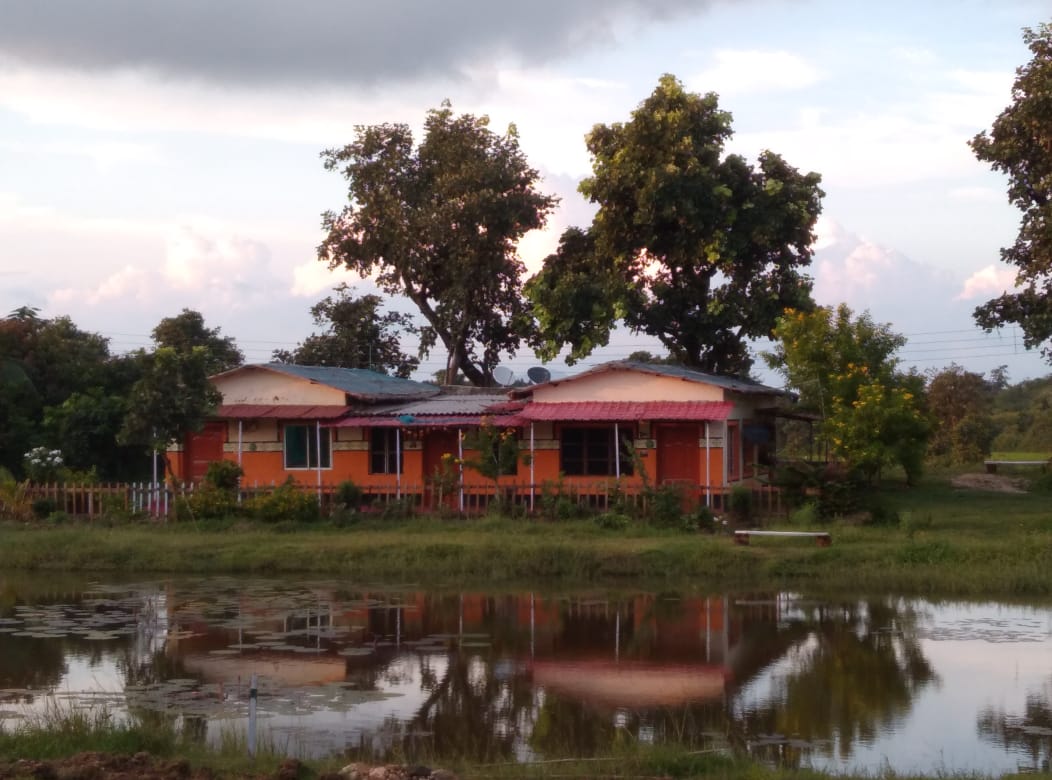 After we left Naihati around 7am, we took Ishwar Gupta Setu in Kalyani to cross Ganga. Our driver Biswarup drove down Durgapur Expressway and crossed Durgapur Barrage and Beliatore village in Barjora block in Bankura on our way to Purulia. The midday sun was blazing down as we were wonderstruck by the beauty of kash flowers on either side of the road. With Durga puja a few days away, the color of the sky was azure, a typical characteristic of Sarat which we sadly miss in Kokata. I was reminded of one of the characters in Aranyer Din Ratri burning a copy of The Statesman and announcing their parting with ‘civilization’. My heart leapt every time I saw kash flowers growing in abundance by the roadside. 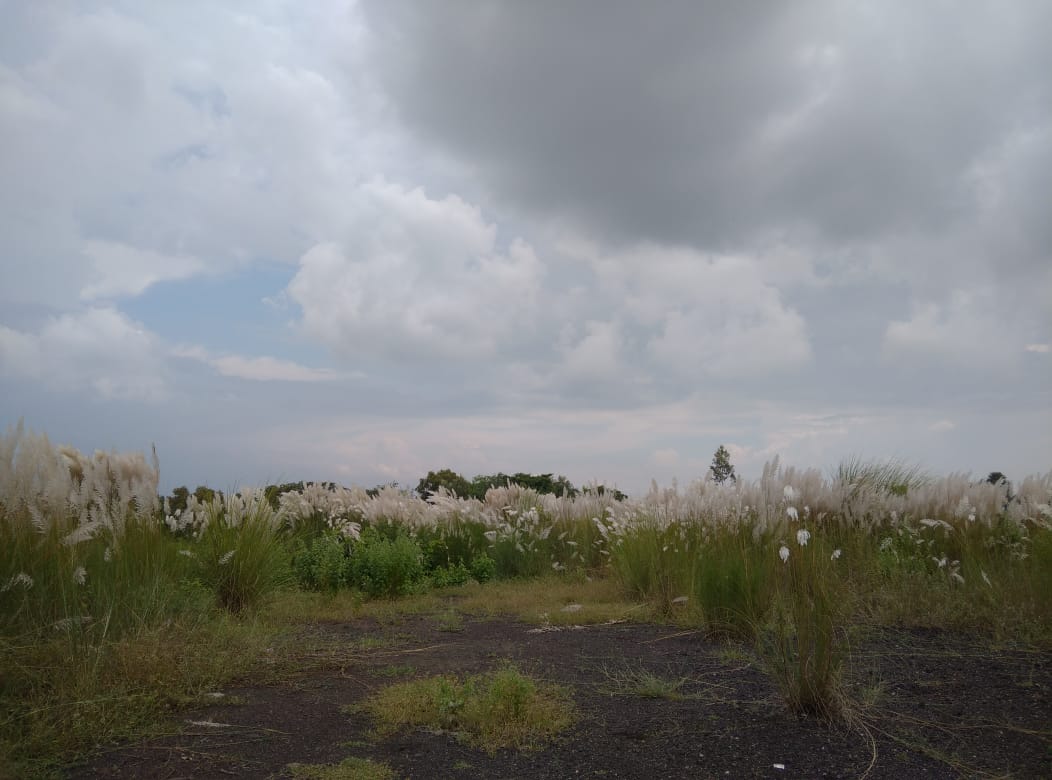 As we’re getting late we had our lunch on the way. We phoned the manager of the resort saying that we wouldn’t take lunch. It was around 5pm when we reached Palash Bitan Jungle Huts. Dilipbabu, the manager, welcomed us and took us to our room. There are as many as 11 cottages at Palash Bitan. We’re taken to the cottage where we’d stay three nights. The room was modestly decorated.

What struck us first about the resort’s staff was their warmth and cordiality. Soon darkness descended on the resort and there was silence all around except the buzz of crickets. We were feeling hungry after the long drive. Muri, hot vegetable pakora and tea were served for evening snack.

The dinner was ready around 9.30pm. We were given hot rice/roti, begun bhaja, saabji and chicken, and rosogolla. We were bone-tired and hit the sack early. The next day we woke up early to see the sunrise from the Muruguma lake located on the western flank of the Ayodhya Hills. We strolled down to the view point and saw the sun slowly rising from the horizon. The beauty of the placid lake, the dam, the sound of silence and the serene surroundings moved us.

After experiencing the soul-stirring scene for half an hour, we walked back to the resort. We’re given tea while breakfast was being readied. Soon we were served boiled egg, luchi, alu chochhori and awesome labangolotika (this particular misti is very rarely available in Kolkata now.)

After breakfast, as my artist-friends took out their sketch books and began drawing, I decided to pen a few lines while soaking in serene, tranquil surrounding. Lunch was delectable: rice, alu bhaja, mosur daal, cabbage curry, kaatla maach and chaatni/papad. Lunch over, we took a nap and got ready to visit Begun Kodor bazaar which was 6kms away. The bazaar was centred around an old Rash mandir. It was crowded. We had a resort staff with us who took us to the sweet shop from where they purchase labongolatika. We had tea there. It was getting dark; we drove back to the resort. Unalloyed adda followed. Dinner was served around 9.30pm. We’ve no complaint about the food which was served.

For three days, we stayed in and around the resort only and enjoyed every moment in the lap of nature. Sadly, our three-day trip came to an end in no time. But, the memories of Muruguma will remain etched deeply in my mind 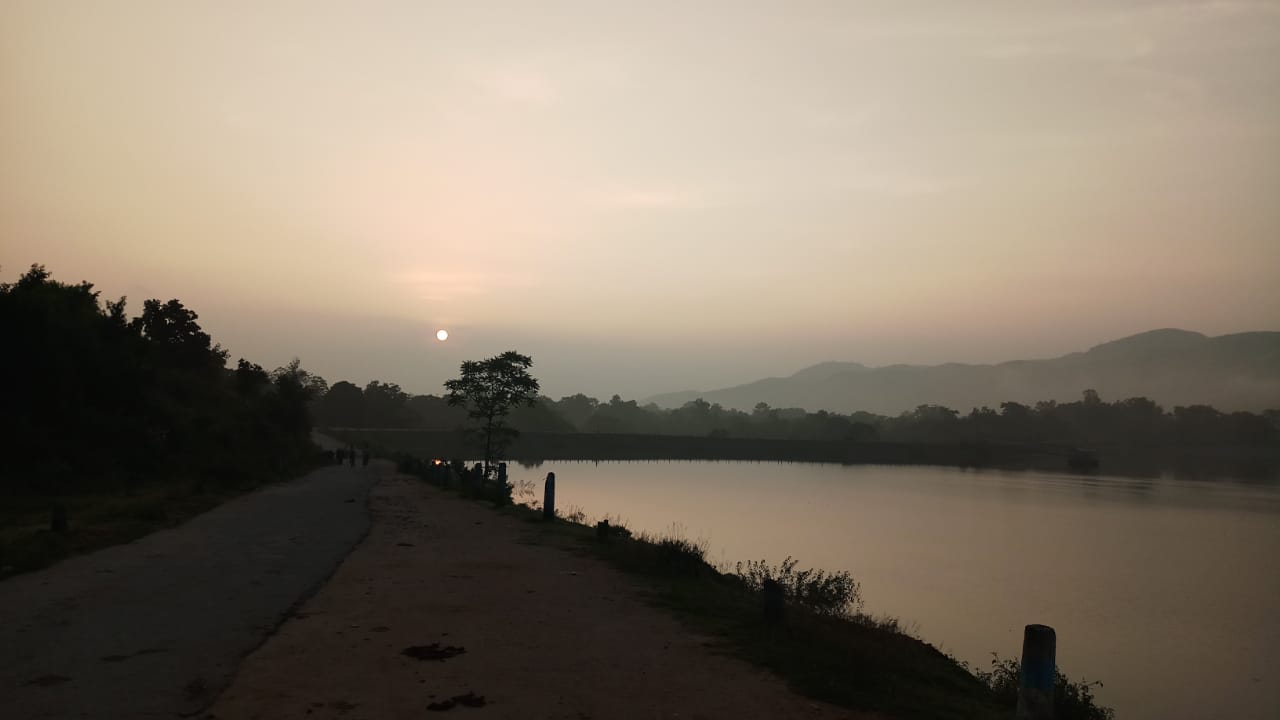