If the world’s too much with you and if you’re looking for peace and tranquility, get your backpack ready and head for Netarhat, a tiny hill station in Latehar district of Jharkhand.

My cousin Pronab broached the idea of going to Netarhat, also referred to as “Queen of Chotanagpur”. The entire plan was cooked up and final decision taken in just less than 24hours on a weekend.

Malda Intercity chugged off from platform no 17 of Howrah station at 12.50pm. Our destination: Ranchi

The second sleeper compartment was not crowded, much to our relief. Possibly, it being Sunday, there weren’t many hawkers in the compartment. The first stop was Kharagpur; the train then stopped at Bishnupur, Bankura, Bokaro, Jhalida and a couple of other stations before finally screeching to a halt at Ranchi at 10pm about 15 minutes early. As we got off the train, we could feel the chill. I quickly zipped up my jacket after I shivered with cool breeze brushing against my bare face. We took the stairs up, ambled out of the station, took a rickshaw and reached Hotel Guru.

We stayed overnight at Ranchi and the next morning we rented a car to travel to Netarhaat about 151km away. We left Ranchi around 8.45am; after traveling about 30 minutes on the NH39, our car left behind the city bedlam. We could see the lush green fields on either side of the road. Nature unfolded her treasure as we feasted our eyes. Wordsworth’s “Nature never did betray the heart that loved her,” crossed my mind. Lush carpet of pine needles and spongy grass greeted my eyes.

“I’ll let you have a delicious breakfast,” said driver Naresh as he stopped the car at a wayside eatery — Puja Sweets Centre– at a place called Bero. We got off the car, ordered singara, fried litti (a local delicacy) and tea. The litti was simply mind-blowing. 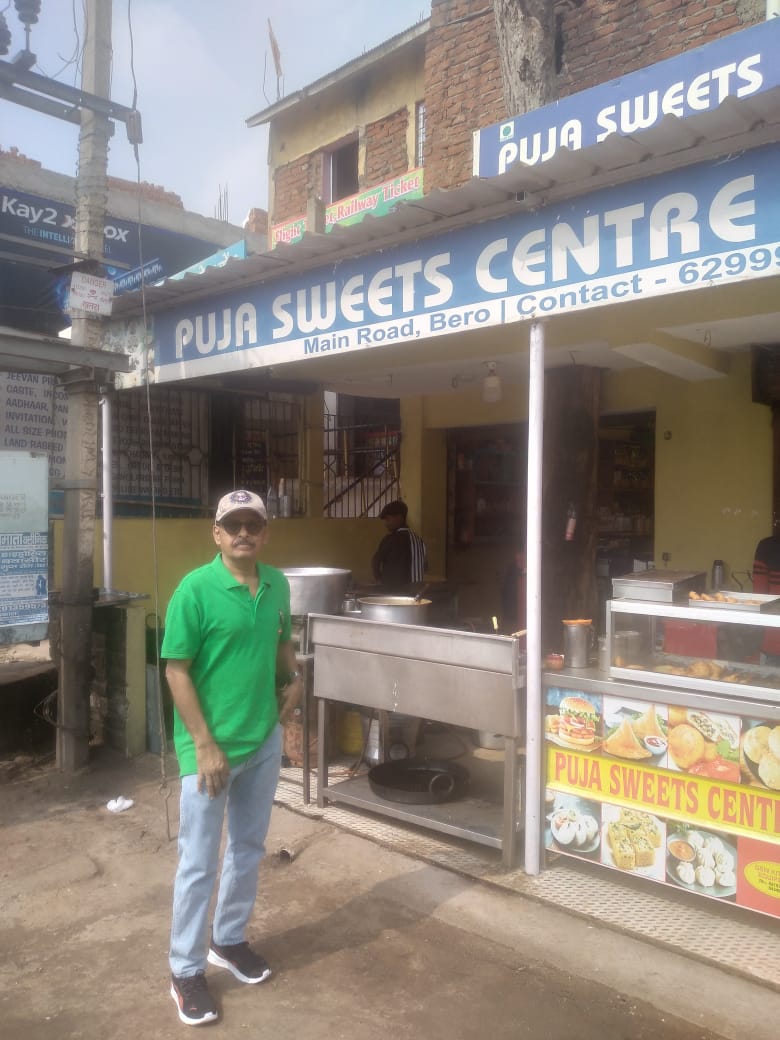 For the next almost three hours we drove through the hilly terrain and savored, to the hilt, the lush green of “pine needles and spongy grass” on the way. Satyajit Ray’s Aronner Din Raatri’s unforgettable scene in which Rabi Ghosh burnt a copy of The Statesman in his inimitable style saying “Sobbhoytar songe sob somporko sesh (We cut off all ties with the civilization)” came to mind.

We finally reached Netarhaat (3,700ft), the highest point in the Chotanagpur plateau, around 1.45pm. Temperature then was around 15 degrees Celsius. The great sweep of the plateau was breathtaking. As we didn’t book any hotel in advance, we had to look for a hotel. We checked in Hotel Prakash, a budget, yet a reasonably good, hotel.

“Please get your lunch fast, sir, we’ve to go to the sunset view point,” Naresh said. “Sunrise and sunset views here are stunning.” By the time we had our shower and finished our lunch, it was well past 4pm. We drove to the Magnolia sunset point (about 5km from our hotel) to witness the spectacular sight. The sky was ablaze with the fire of the setting sun as it was slowly disappearing on the western horizon. We watched in awe as the majestic beauty overwhelmed us. 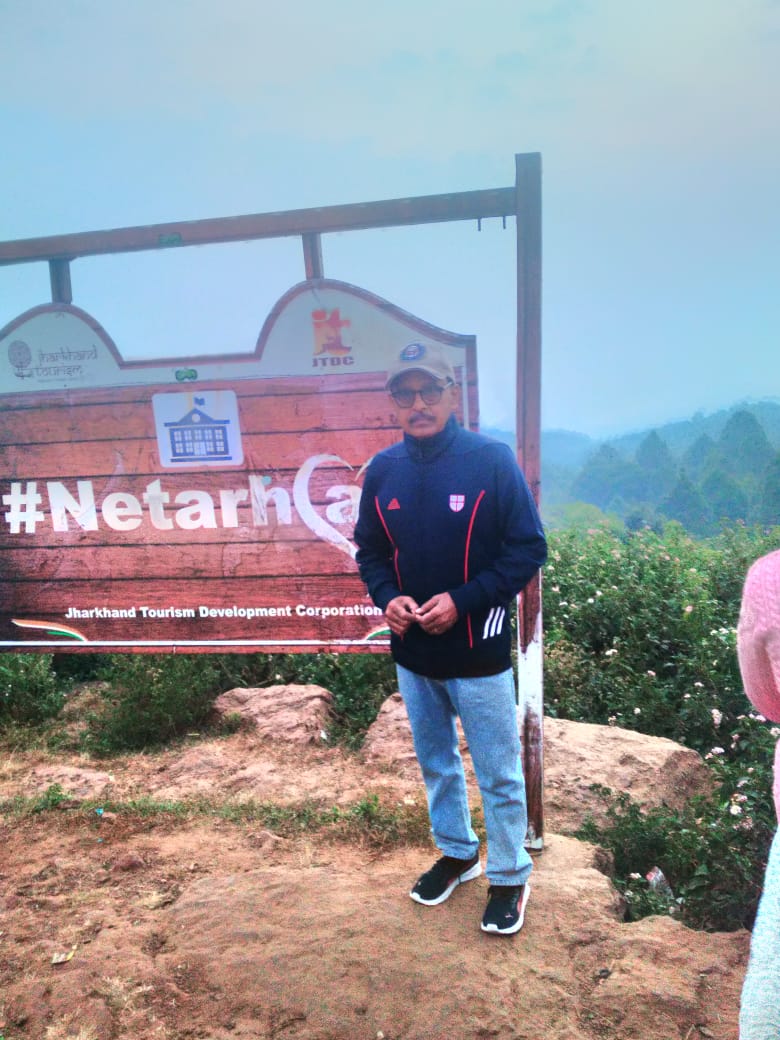 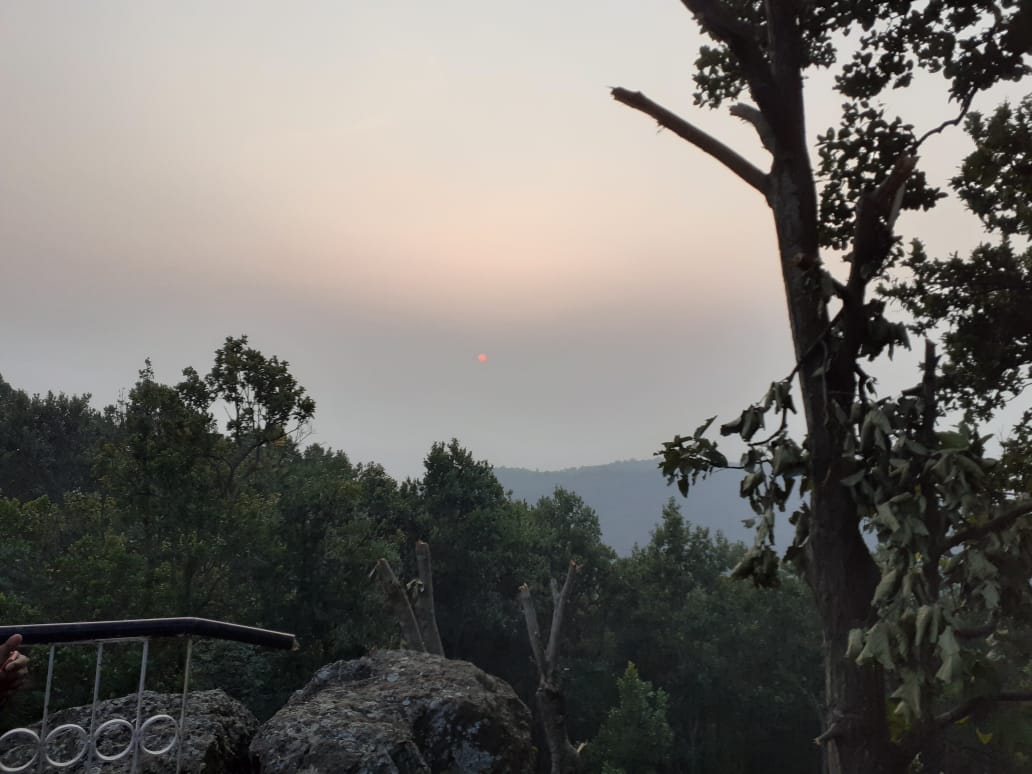 The mesmerizing view of the blazing sunset remained etched in my mind as darkness descended slowly on the hill town.